On and off camera, Fernando Poe, Jr. is known simply as Da King, a title he rightfully deserves. As an icon and living legend in movie industry, he ruled the local movie scene for five decades until his untimely death last December 14, 2004. He was later proclaimed National Artist for Film. As a tribute to my idol, I want to share in this blog some of his selected movie ads (from his first film in "Anak ni Palaris" in 1955 to "Batang Maynila" in 1962) which I compiled thru the years. Enjoy them! 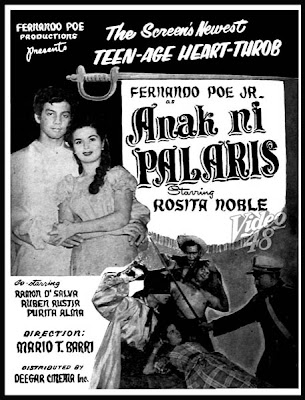 Anak ni Palaris (1955) - His First Movie
He started acting in 1955 when he was only 15 years old. When director Mario Barri thought of doing a sequel to ‘Palaris,’ a movie produced and starred by Fernando Poe, he got the son for the title role, "Anak ni Palaris," and opted for the monicker Fernando Poe, Jr. as the new actor’s screen name.The movie, with Rosita Noble as Poe’s leading lady, was released in January 1955. 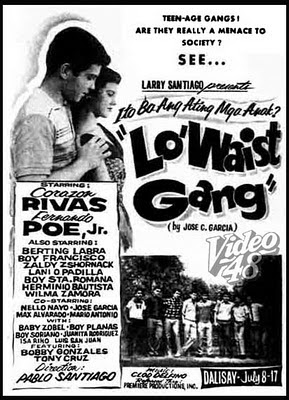 Reached fame and stardom via Larry Santiago Productions of "Lo' Waist Gang," released in July 1956. The movie was such a big hit that it started a fashion fad: low waist pants. 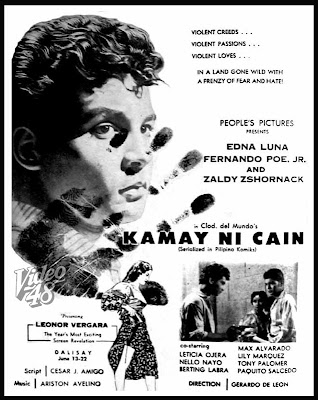 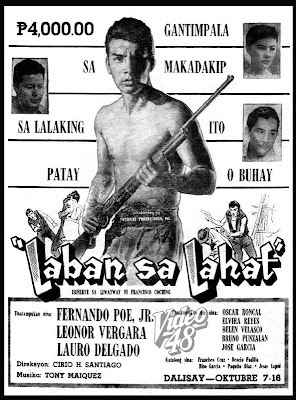 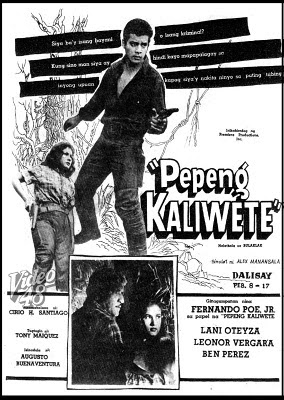 In 1958, he starred in two unforgetable action films, " Pepeng Kaliwete" and " Laban sa Lahat," which started his colorful acting career as an action star. 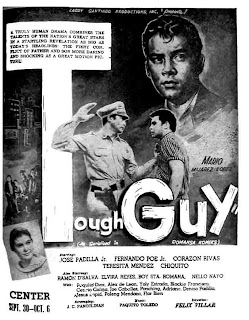 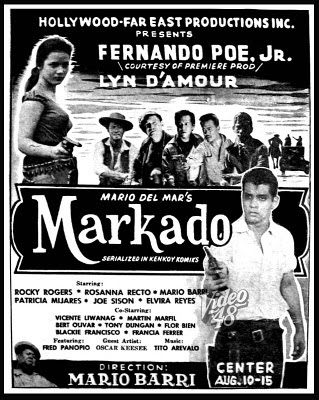 Markado (1960) -Established him as the country's Top Action and Box-office star.

It was in the movie, "Markado," produced by a new outfit, Hollywood- Far East Productions, released in 1960, that marked and established him as a major action star, where he demanded a huge talent fee for his services. He quoted his talent fee at P8,000, a very huge sum that time. 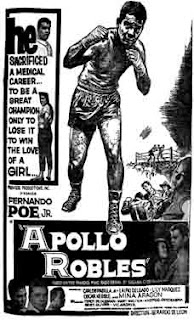 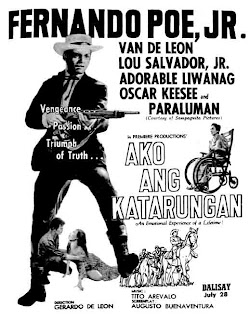 In the early 60’s, "Apollo Robles" and "Ako Ang Katarungan" (considered two of his best films) were released, both directed by the great Gerry De Leon. 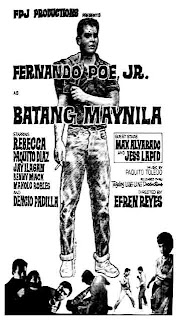 Established FPJ Productions in 1962 with its initial offering, "Batang Maynila."

Thank u very2 much Simon. You really made my day,

I cannot thank you enough for providing us - fans of FPJ - this invaluable insight of his earliest films. Where can we find or view these films? Thanks again.

dude, thanks.. i need info about him for a paper, this did pretty well! i'll use them, ok? i'll be citing you. thanks :)

I grew up watching FPJ movies. I was greatly influenced by his moralities. I grew up poor, joined the US ARMY and fought as a rifleman for one year until severely wounded in combat at 19. While fighting, I thought of FPJ a lot and followed his examples. It did me well and survived. I live my life thinking of his examples and was greatly saddened by his death. I am now 61 and still think of him as the greatest influence of my life. It was great since I never knew my parents and being half American, like him, was made more meaningful. Thank you Sir for posting this.

i am searching for an FPJ early movie and i can't find it, title is "Duque de Burgonia", i have been an FPJ fan since childhood and i have seen practically all of his movies since early 60's. thank you.