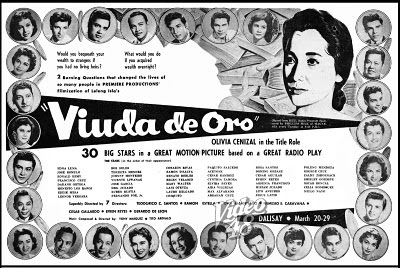 "Viuda de Oro" (1960)- All Star-Cast
“Would you bequeath your wealth to strangers if you had no living heirs?” and “What would you do if you acquired wealth overnight?” --- Two burning questions that changed the lives of many people in Premiere Productions’ “Viuda de Oro.” Based on the popular DZXL radio program created by Leleng Isla, the movie starred 30 big stars and directed by 7 veteran filmmakers. 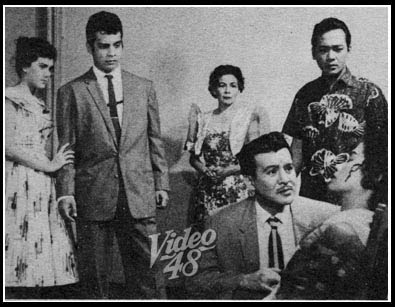 The young FPJ in one of the tense scenes of the movie, with co-stars Corazon Rivas, Mary Walter, Renato Robles and Ramon D' Salva. 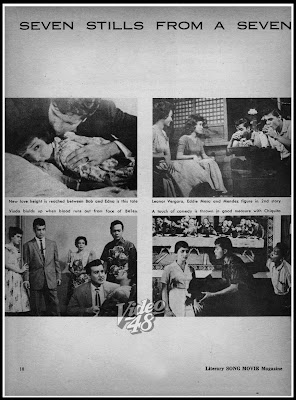 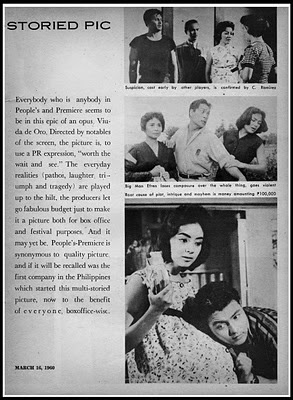