In 1962, the young FPJ, only 22, pooled his resources, established FPJ Productions and released its initial offering titled "Batang Maynila." This was FPJ's second attempt as a producer. His first, the Poe-Zhornack Productions, in partnership with fellow actor-buddy Zaldy Zshornack. 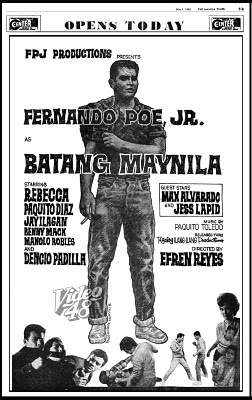