FPJ IN A SUPPORTING ROLE IN BABAENG MANDARAMBONG" (1956)

The young Fernando Poe, Jr., the future King of Philippine Movies, was only 16 when he did "Babaeng Mandarambong," playing the role of Prince Rostrand. Six months later, the young Poe was launched in "Lo' Waist Gang," his biggest break to superstardom. 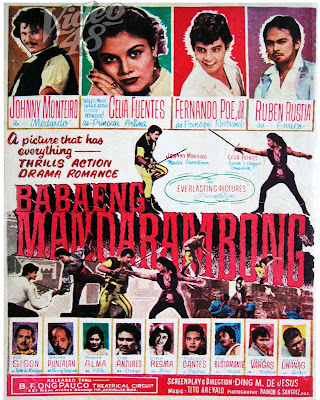 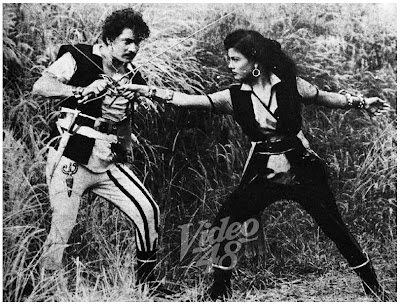 King Bergunio (Bruno Punzalan) of Malaga demands the hand of Princess Arlina (Celia Fuentes) of Columba in marriage. King Rosino, Arlina's father, agrees, because Malaga is a strong kingdom. On the way to Malaga, the party is ambushed by gypsies led by Medardo (Johnny Monteiro). Arlina is brought to the gypsy camp where she learns of King Bergunio‘s plot to kill her father and to annex Columba.

Aided by the gypsies, Princess Arlina undertakes a risky journey to Columba to warn her father. On their way, however, they meet the returning army of Malagans holding king Rosino a prisoner. Thinking that by surrendering to King Bergunio she could plead for the life of her lather,

Princess Arlina returns to Malaga only to become once more a prisoner of King Bergunio and to learn that her father had already been put to death. With the help of Medardo she successfully escapes, but is recaptured when the gypsy camp is invaded by King Bergunio’s men. King Bergunio orders preparations for his wedding with Princess Arlina, but on the eve of the big event, the gypsies, led by the valiant Medardo, raid the king's castle and overcome the king's soldiers. With the death of Bergunio, Medardo is proclaimed king and together with Arlina, they happily rule Malaga and Columba. (Source: Literary Song-Movie magazine/ 1956) 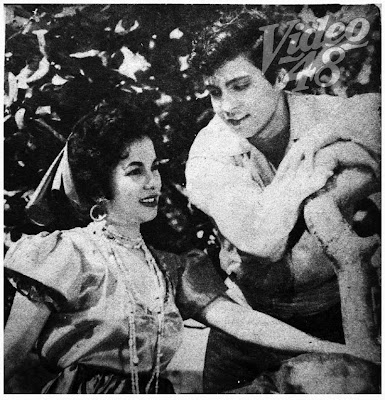