Trivia:
The young Poe, only 16 years old, had dropped out of second year high (the farthest he got in school) to work as messenger for a film exchange at php18 a week. Some friends of his at Everlasting Studio thought of him during a scene where a knife had to hit a leaf on a tree. Knives are usually wired for such scenes; but Ronnie was called in when the director heard he could hit the target with an unwired knife. He did---and got treated to a beer blowout by the crew. Markmanship and horsemanship were what really got him into the movies. Those childhood summers in Baguio when he rode the ponies on Burnham Park, all the riding lessons he ever had, stood him in good stead when he turned movie "double." It started when lead star Lilia Dizon, who was doing Simaron (1956) with co-star Johnny Monteiro, sprained an ankle and couldn't do a riding scene. Asked to do it for her, Ronnie put on a shirt, tied on a bandana, made like a girl on a horse, and exhibited such riding skill. He became a regular stuntman at Everlasting, where he doubled in riding and other action scenes. 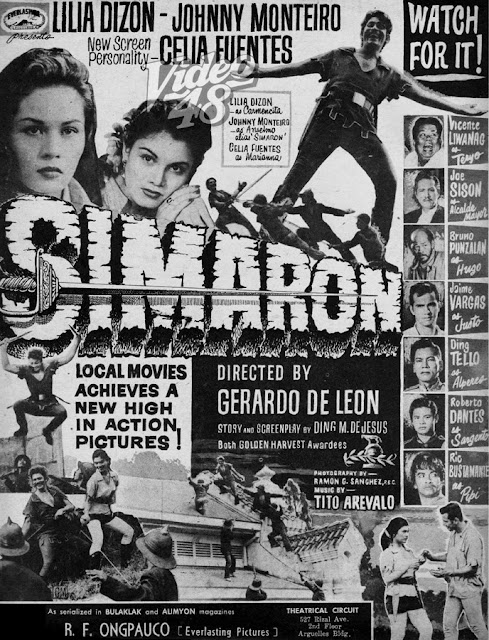