FPJ received his second Famas Best Actor in 1971, for "Asedillo," a true-to-life story of Teodoro Asedillo, an idealistic schoolteacher who rose and rebelled against the American colonial government. 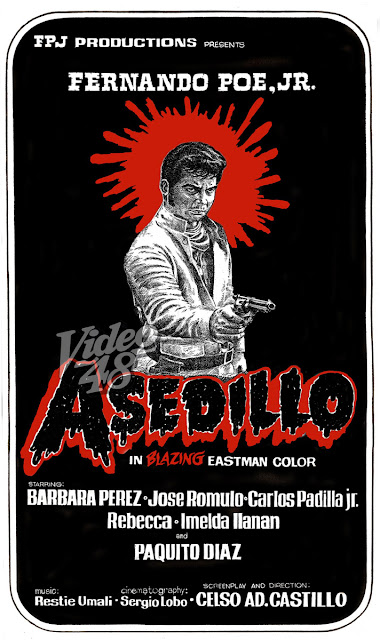 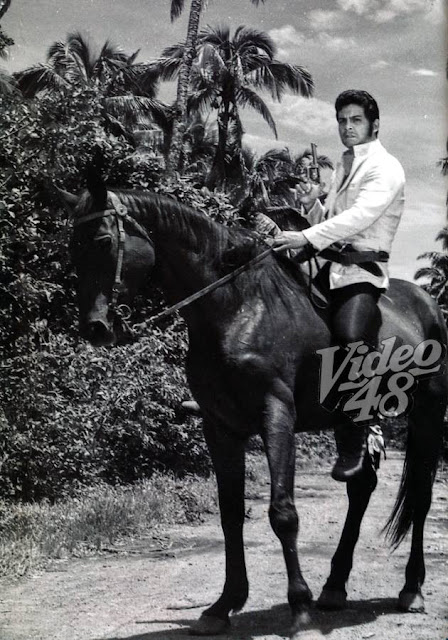 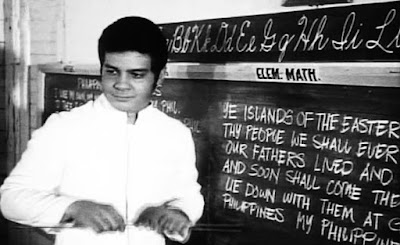 As a public school teacher 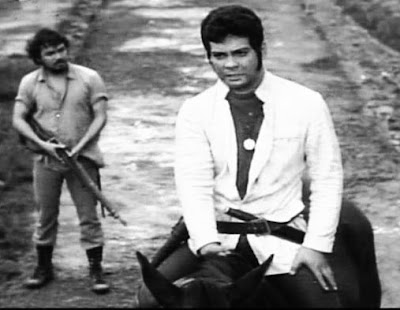 See: An Emotional Scene from "Asedillo" 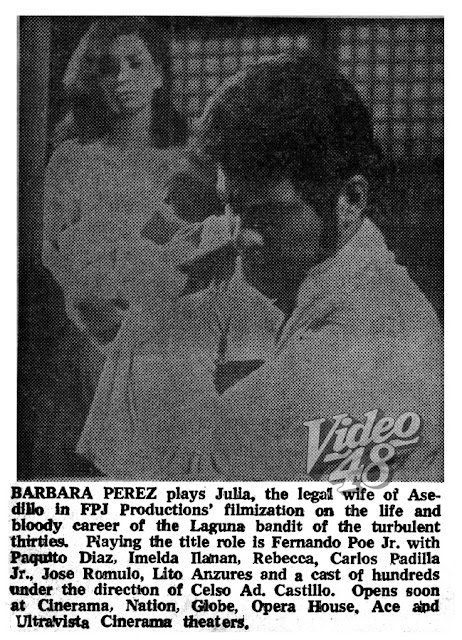 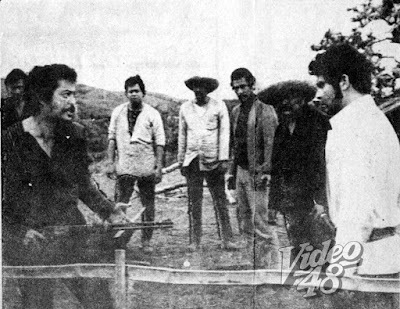 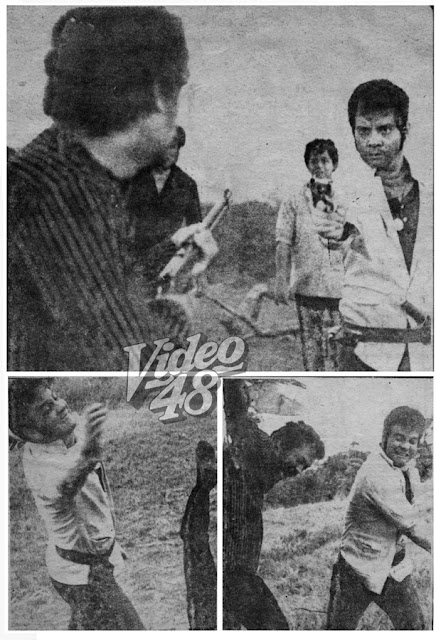 FPJ and Paquito Diaz in a fight scene 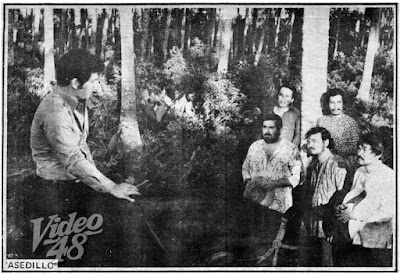 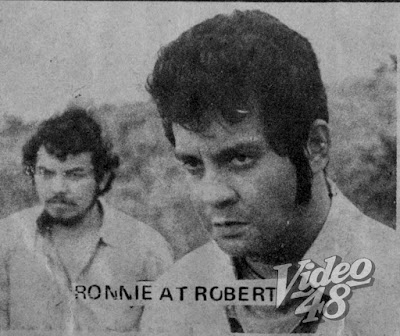 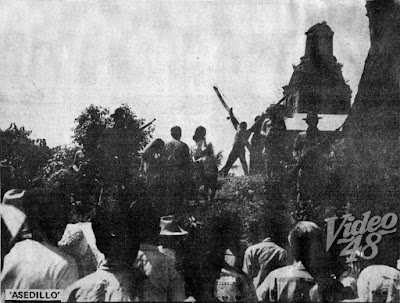 The lifeless body of Asedillo displayed at the town plaza 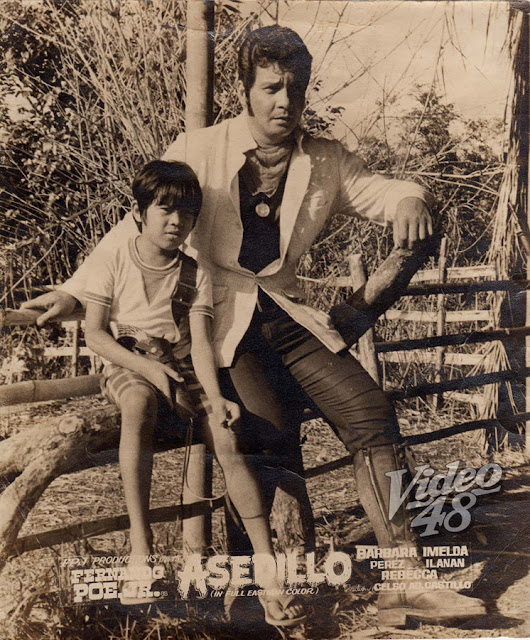 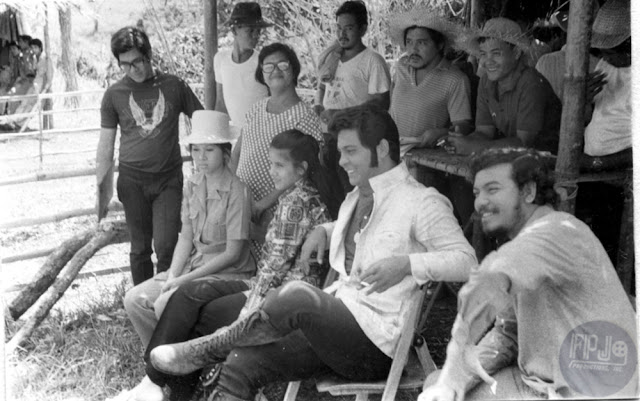 FPJ with cast and crew, Imelda Ilanan (to his right) and Roberto Talabis (to his left) 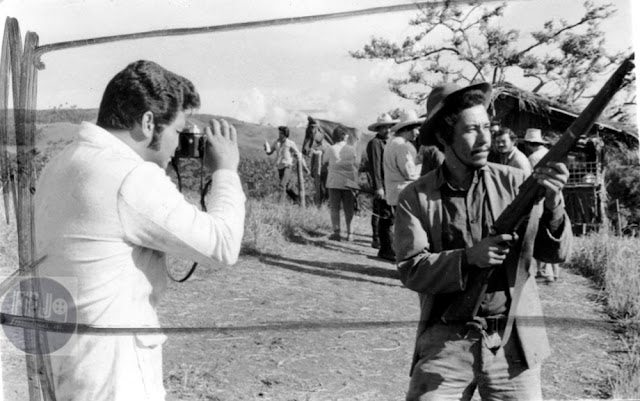 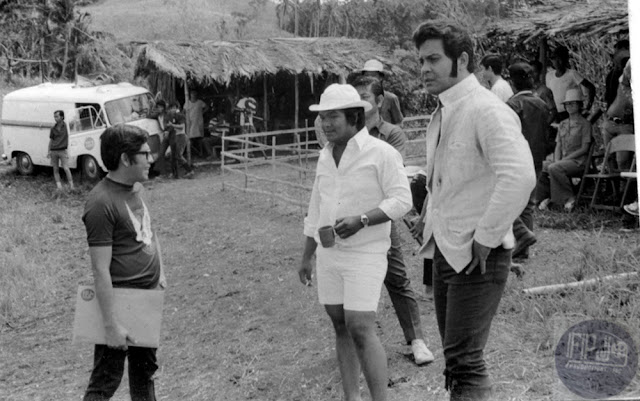