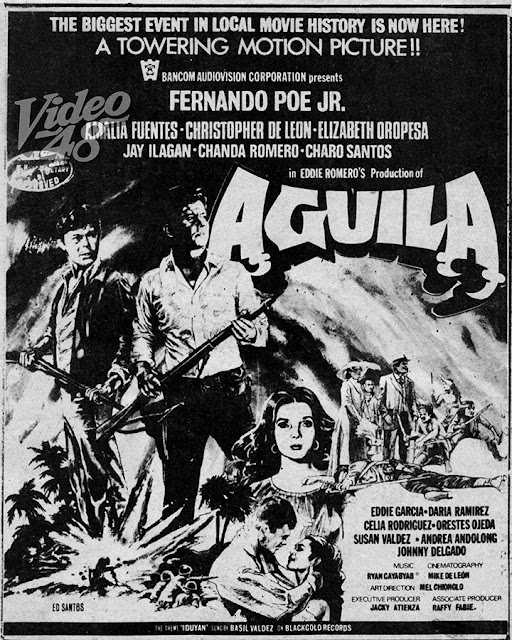 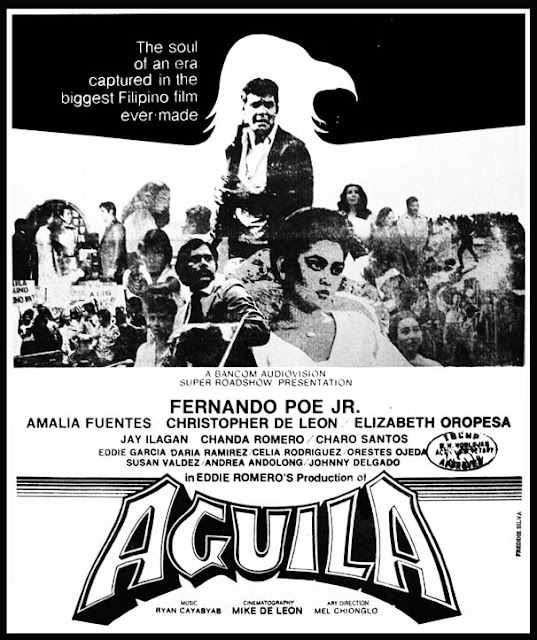 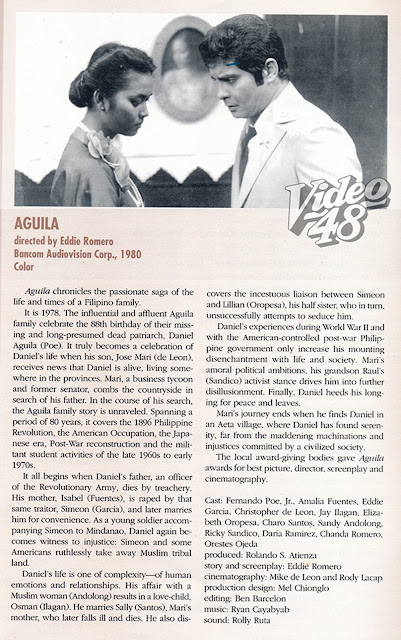 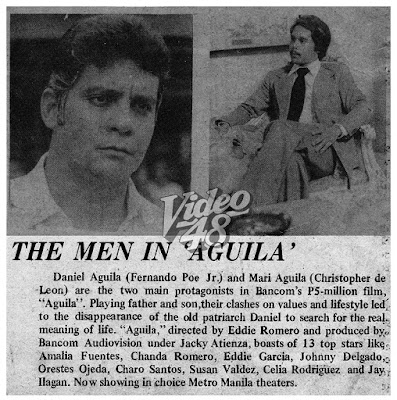 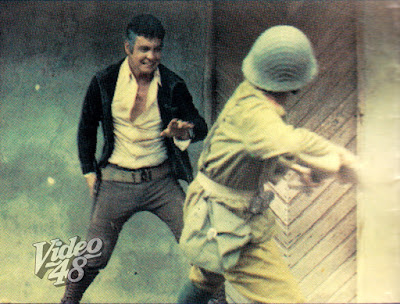 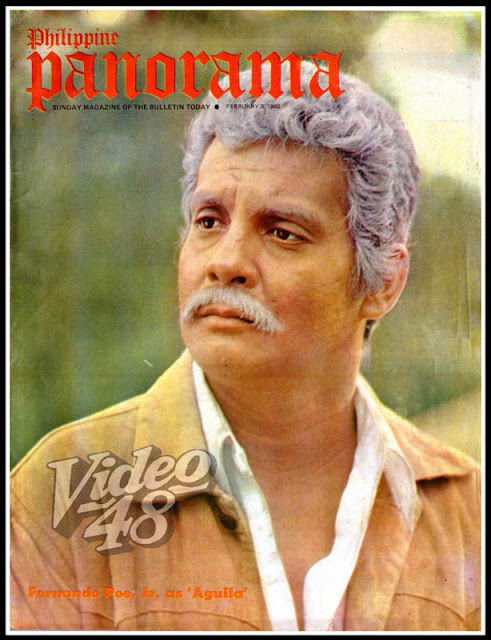 "At a cost of P5M and a cast of thousands, two years in the making and three hours and a half long, 'Aguila' soars through the private life of a Filipino and the history of his country" says the banner of the Cover Story article of the February 3, 1980 issue of Philippine Panorama on FPJ's 1980 epic movie. The article was written by Chelo R. Banal

"The movie is called "Aguila" and contrary to what is being whispered about by birdwatchers, it isn't about an eagle that preys on parish priests. It took 12 stars, 60 production staff and crewmen, 7,000 extras, 120 different locations, and 100 days to film 204 pages of script about the life of Daniel Aguila which traverses the 1890s to the 1970s." 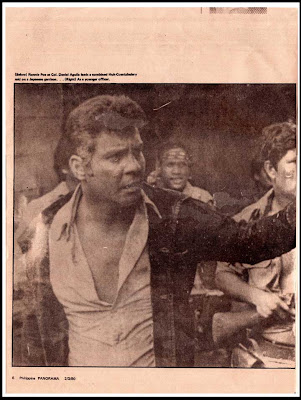 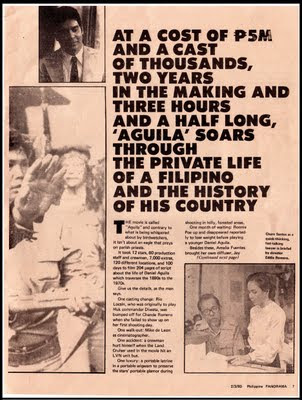 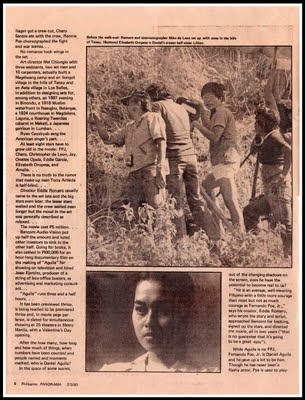 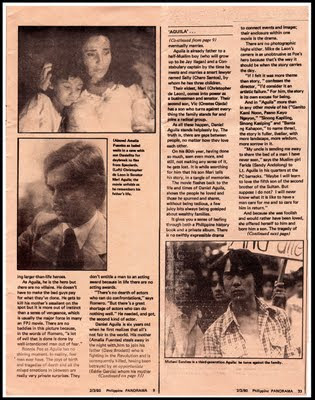 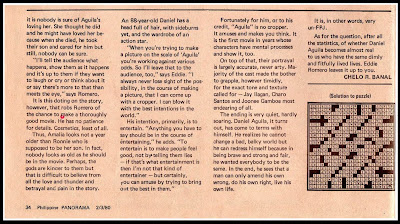 The movie, "Aguila" chronicles the passionate saga of the life and times of the Aguila family headed by the elderly Daniel Aguila (Fernando Poe, Jr.). Spanning a period of 80 years, beginning with the 1896 Philippine Revolution up to the 70s, Aguila's family is unraveled through flashbacks and memories. Three movie clips of the movie were uploaded showing Aguila as he aged, in his thirties, as a military officer stationed in Mindanao, during the American occupation---

As a 61 year-old retiree, who was having an affair with a young woman (portrayed by a young and seductive Daria Ramirez).

And at 88, a very, very old man who was frustrated with his life in the city, finally seen peace and serenity among the Aetas in Mindanao. After a long search, he was found by his son, Mari (Christopher de Leon), where the young Aguila was enlightened on the true value and meaning of life. “Huwag mo na linlangin ang sarili mo, anak. Hindi ako ang hinahanap mo sa kabuuan ng iyong paglalakbay. Ang tunay na hinahanap mo ay kahulugan," declares the elder Aguila, Daniel (played by FPJ) as he talks and advises his son (Christopher de Leon) why he decides to stay with the Aeta. This concluding part of the three-and-half hour epic movie can be viewed below---

Courtesy of Bancom Audiovision
Posted by Video 48 at 4:07 PM