FPJ IN HIS TURBULENT TEEN YEARS: HIS SIDE OF THE STORY

Fernando Poe, Jr. was barely 17 years old when he was launched to full stardom in 1956 as one of the members of the popular youth gang in Larry Santiago Productions’ Lo’ Waist Gang. The movie was such a huge hit that his popularity zoomed by leaps and bounds. He soon portrayed so many tough guy roles in his succeeding movies. Because of such roles he got himself into lots of troubles and oftentimes branded as the troublemaker. Most of the incidents he was involved in were lies and distorted. He became the target of bad publicity and he was deeply hurt. In reaction to the negative criticisms and comments hurled against him, the article below was published to tell “His Side of the Story.” 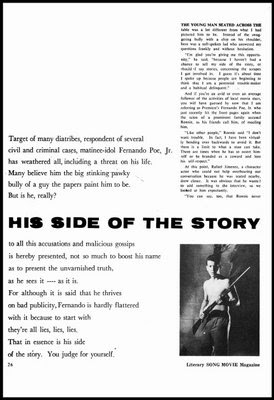 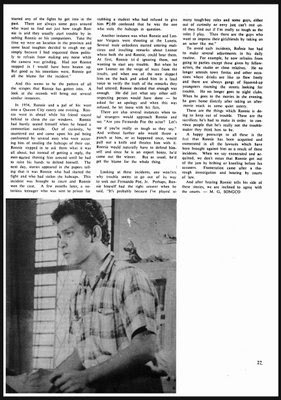