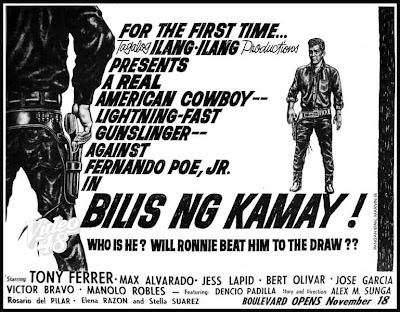 "Bilis ng Kamay" (1963)- Stars Fernando Poe, Jr., Tony Ferrer, Max Alvarado, Jess Lapid, Bert Olivar, Jose Garcia, Victor Bravo, Manolo Robles, Dencio Padilla/ Directed by Alex Sunga
“For the first time... A real American cowboy--- lightning-fast gunslinger--- against Fernando Poe, Jr. Who is he? Will Ronnie beat him to the draw?,” says a blurb in the 1963 movie, Bilis ng Kamay!. It’s the movie’s selling point, the producer’s marketing strategy to whet the appetite of the moviegoers. I wonder you this guy is--- anybody seen this movie when it was released in the 60s? One western classic comes to mind--- The Fastest Gun Alive starring Glenn Ford. 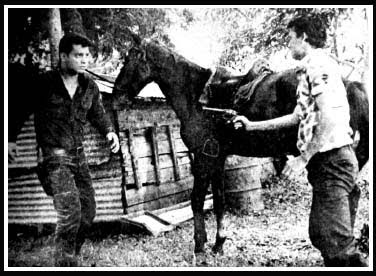 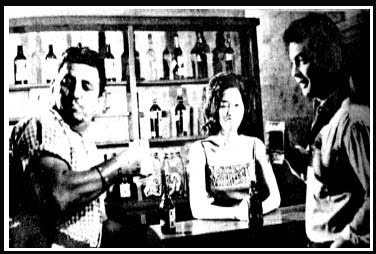 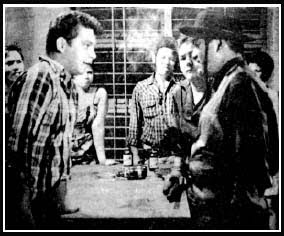 A confrontational scene between FPJ and Max Alvarado
Posted by Video 48 at 11:20 AM