In support to brother, Andy Poe, Fernando Poe, Jr. made a rare short screen appearance in the 1983 action movie, "Brando Bandido." This was probabbly Andy Poe's comeback vehicle after a long absence from the movie scene. 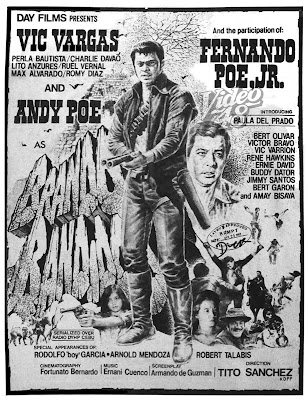 FOCUS ON FERNANDO POE, JR. AS D'LANOR AND RONWALDO REYES 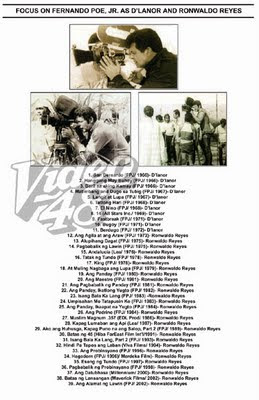 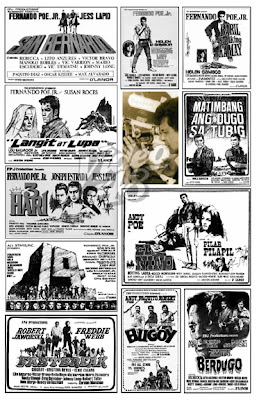 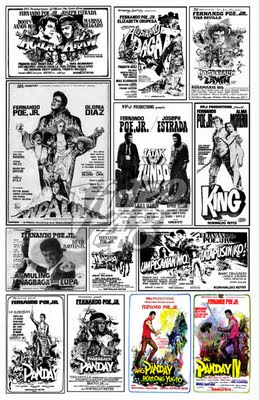 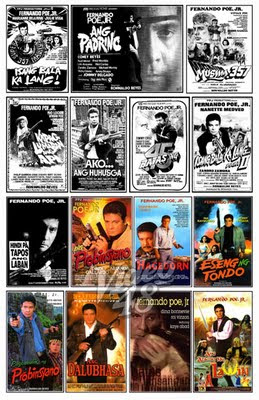 This was FPJ's second outing with Hilda Koronel. The two appeared together for the first time in Lea Productions' "Santiago," where Ms. Koronel, in her teens, played the role of bomb-blast victim. 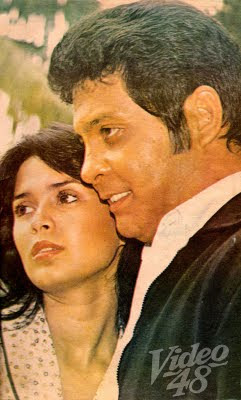 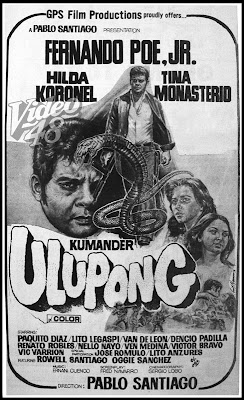 Cinemalaya Foundation, Cultural Center of the Philippines, Society of Filipino Archivists for Film, FPJ Productions, Inc., and San Miguel Corporation present the RONWALDO REYES RETROSPETIVE: A Tribute to National Artist Fernando Poe, Jr. It will be held from July 18 to July 24 (2011) at CCP. 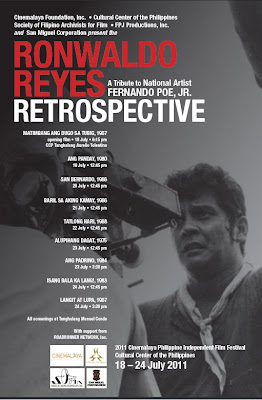 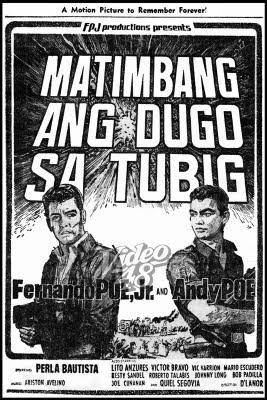 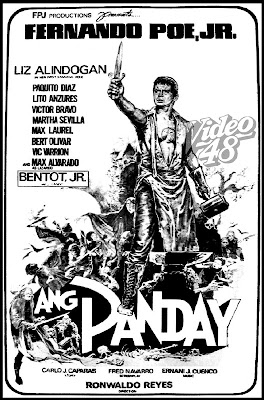 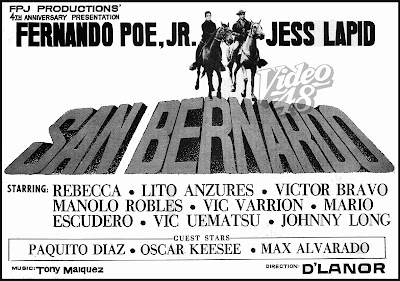 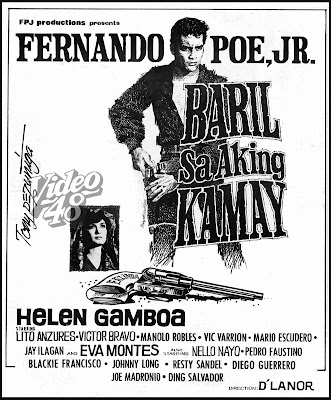 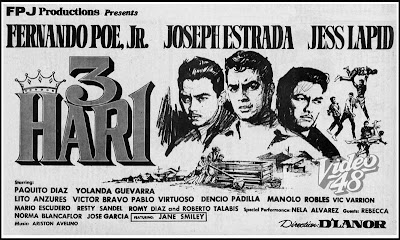 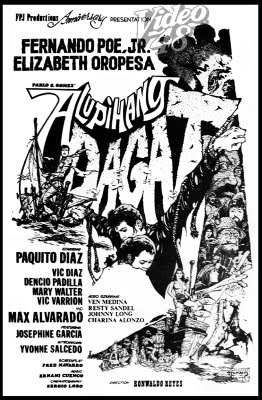 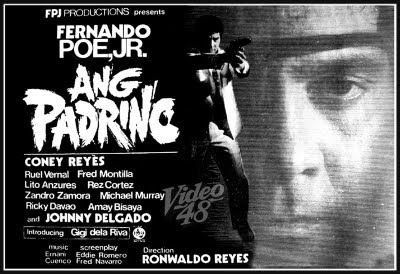 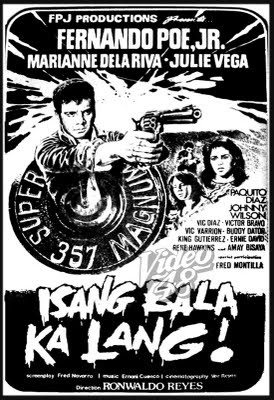 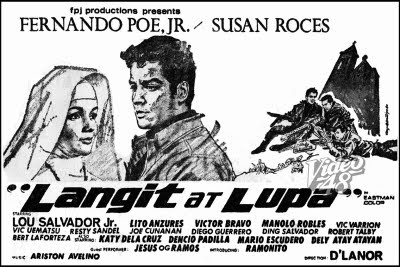 FPJ: THE MAN BEHIND THE CAMERA

A Special Retrospective and tribute to National Artist Fernando Poe Jr. with a unique focus on the man as filmmaker — as D'Lanor and Ronwaldo Reyes — will be held on July 18 to 24 during the 2011 Cinemalaya. Screening schedule and details on my next post. 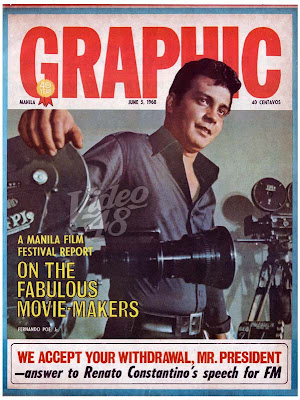 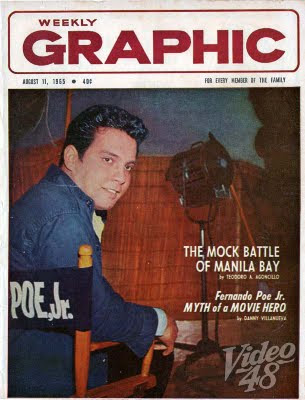 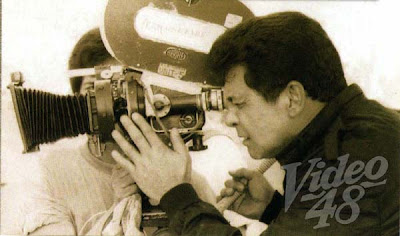 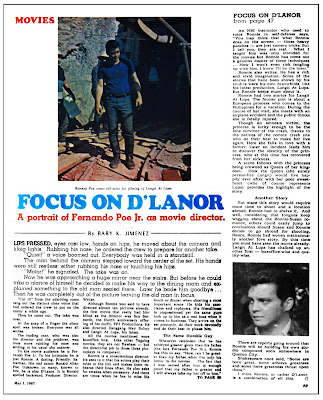 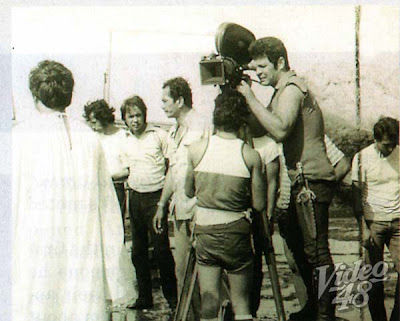 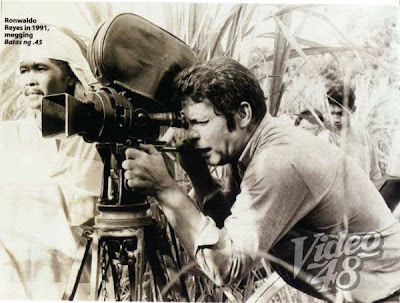 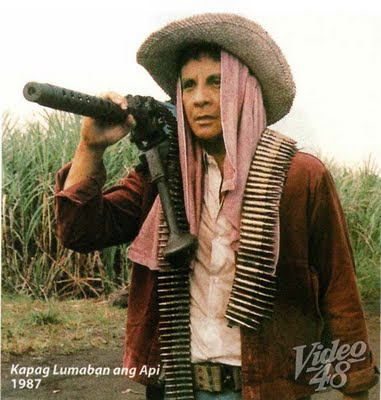 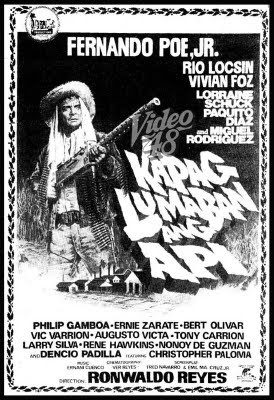 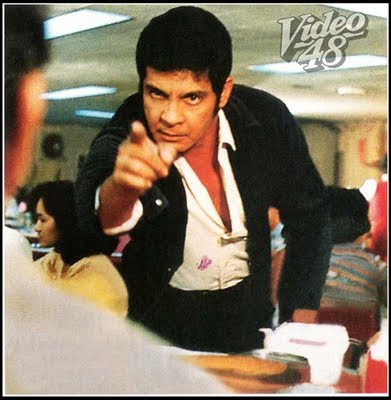 The finale scene--- can be viewed below 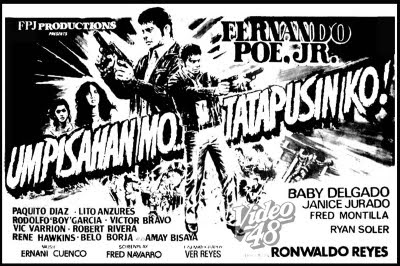