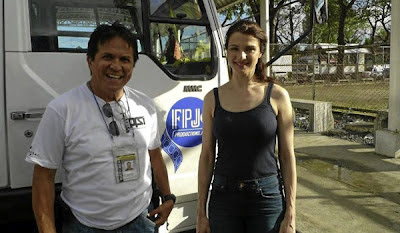 Filipino filmmaker Joey Romero, set manager of “The Bourne Legacy” (left), says Oscar-winning actress Rachel Weisz agreed to a snapshot after learning about the previous owner of the trailer she had used throughout the Hollywood film’s shoot in the country. His initials are on the door: FPJ. Informed of Fernando Poe Jr.’s legendary stature (as Action King and almost President), Weisz reportedly said she was honored. (Bayani San Diego Jr./ Philippine Daily Inquirer)
Posted by Video 48 at 9:48 AM No comments: 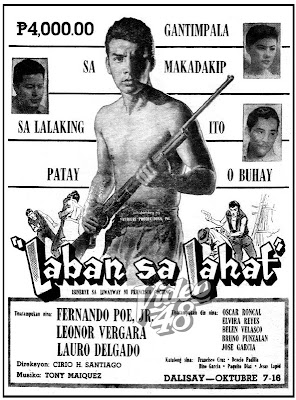 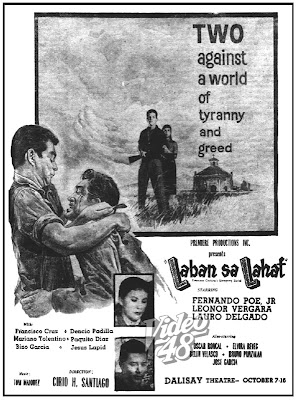 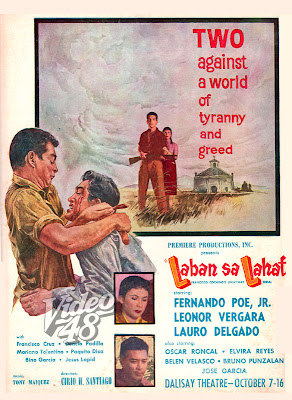 In 1958, the young Fernando Poe, Jr., only 19 and a prized contract star of Premiere Productions, starred in "Laban sa Lahat,' based from a novel by Francisco V. Coching. The story centers around a young man named Lupo, who was wrongly and falsely accused of a crime. Leonor Vergara co-starred as his love interest. 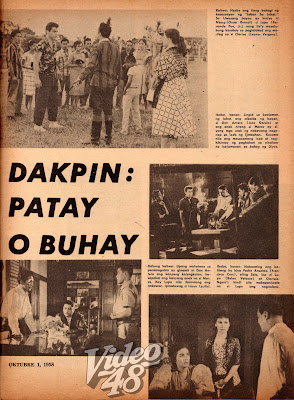 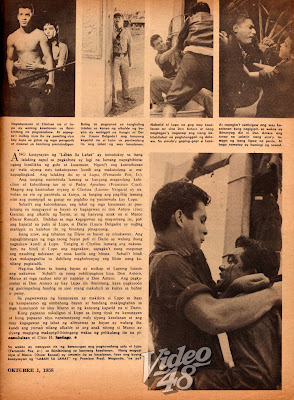 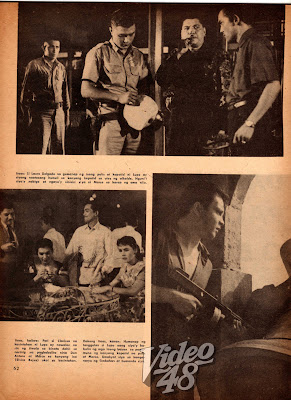 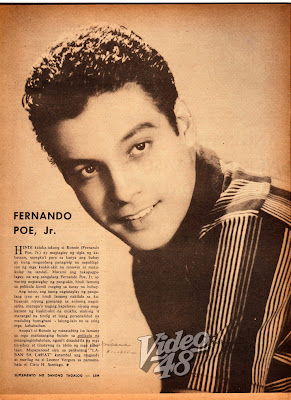 Synopsis: Since childhood, Lupo (Fernando Poe, Jr.) is branded as a trouble-maker, Everything he does is misconstrued by people inspite of his good intentions. He grows up with the whole town biased against him. Even Clarissa (Leonor Vergara), his sweetheart, has lost faith and it is only her love for him which makes her try to be patient with him.

Lupo gets into big trouble when Don Antero (Jose Garcia) and his son, Marco (Oscar Roncal), with the aid of imported thugs break into the church and strip it of its treasures. The heinous crime is blamed on Lupo, and Dario (lauro Delgado), Lupe's own brother who is a dedicated policeman, is assigned to head the posse to track him down.

Clarissa, however, is convinced of Lupe's innocence because on the night of the robbery, she had spent the night with him. Unfortunately, she cannot speak out in Lupo's defense without exposing herself to moral condemnation.

Alone, hunted by his own brother, Lupo seeks to redeem himself by uncovering the real culprits. He is able to kill Don Antero in a struggle but this only serves to aggravate things. He captures Max (Bruno Punzalan), one of Marco's henchmen but is cornered by the posse atop the church's bell tower.

Facing the guns at the posse led by his own brother and with Max tied to a lamp post which he can cover from the belfry, Lupe makes a final attempt to clear himself and this he does in a tense, thundering finale. (Source: Literary Song-Movie Magazine/ 1958 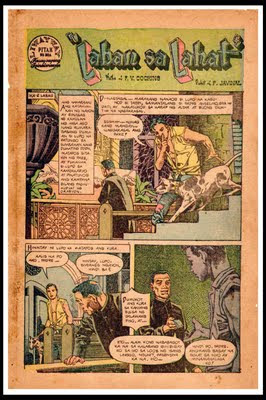 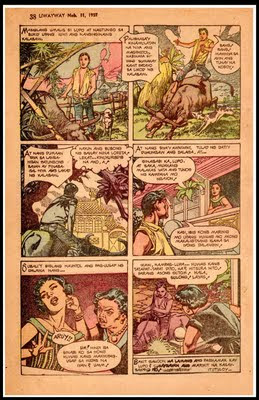 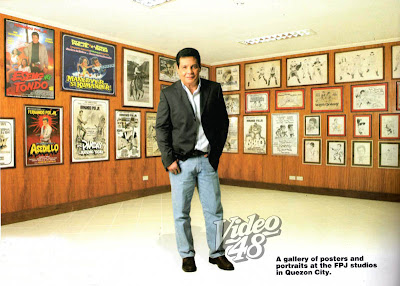