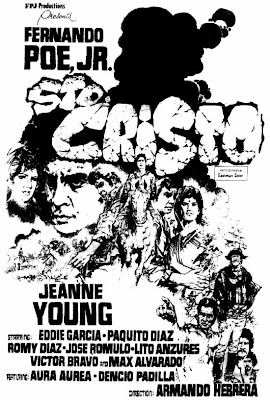 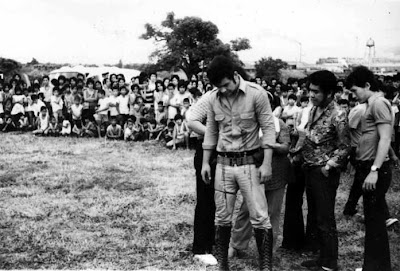 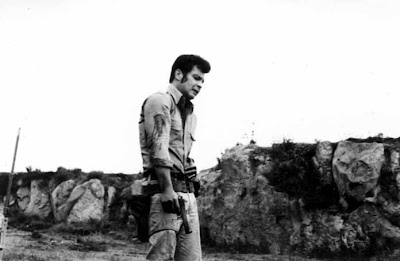 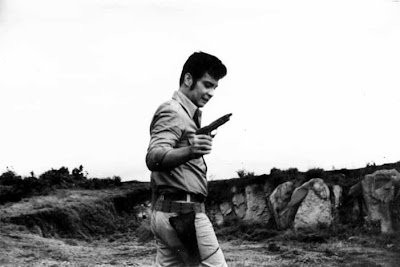 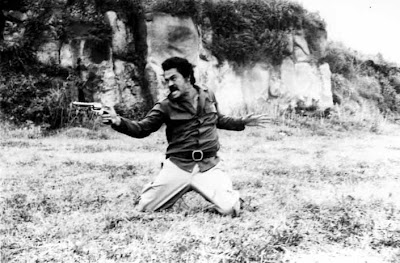 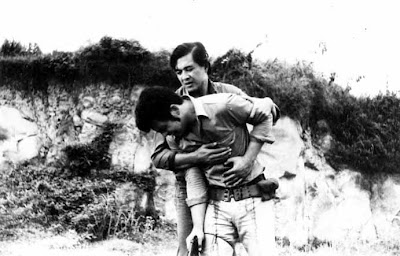 One Day... Isang Araw (1988) was the featured movie in yesterday's Cinema FPJ. Sorry for the delayed posting, because the movie was not announced as often in regular programming as it was in the past. I'll just post these cute movie ads. 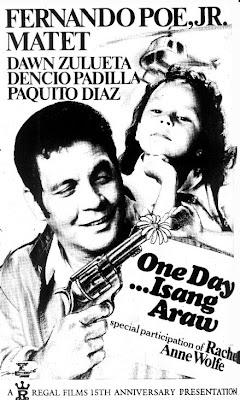 To all FPJ fans, Isang Bala Ka Lang will be seen tonight, 9:30 pm at Skycable- Cinema One. This time, you can watch it in its entirety. The movie, which was last seen at Cinema FPJ, Channel 2, a few months back was a complete disaster--- the two-hour movie was reduced to one hour 15 minutes running time to accommodate numerous ads and commercials.
The movie, rarely seen, was released theatrically in 1983. It starred Fernando Poe, Jr., Marianne de la Riva, Paquito Diaz, Johnny Wilson and Julie Vega. It's one movie you can't afford to miss. Watch it!!! 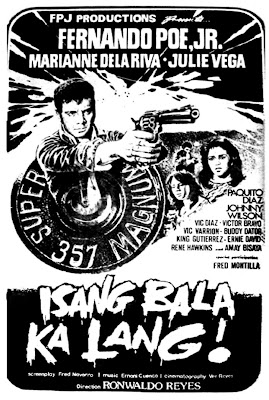 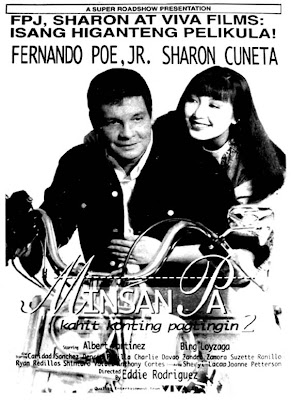 I was pleased to see this particular movie found its way to the market. Though the quality, both video and audio are not that good, it's nevertheless passable. Well, it's better than nothing. 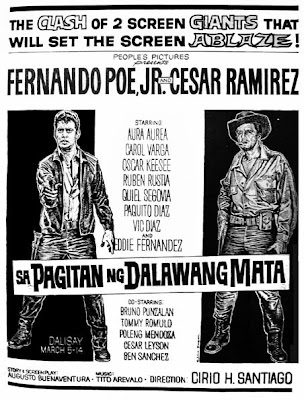 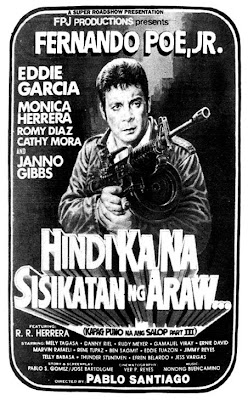 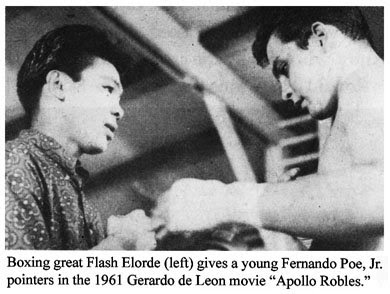 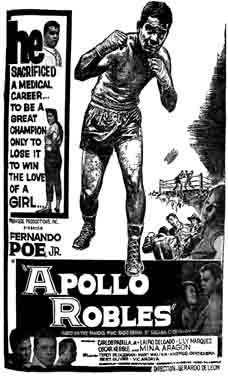 In 1962, action superstar Fernando Poe, Jr. starred in the movie Apollo Robles. Since the picture was about a struggling boxer, the production staff headed by Director Gerry de Leon opted to consult boxing champ Flash Elorde on some boxing tips and pointers and assist them in some critical boxing scenes to make the movie more realistic.Those pointers became very crucial later in many fight scenes the actor made in his movies. He integrated part of Elorde’s styles and techniques to his own styles and came up with a unique “FPJ rapid and lightning punches” we all know.

They later starred and teamed up in a 1964 movie, Mano-Mano. 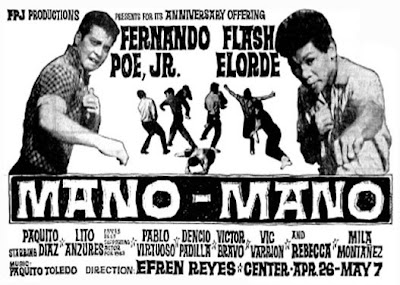 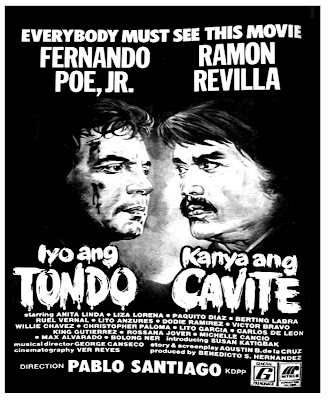