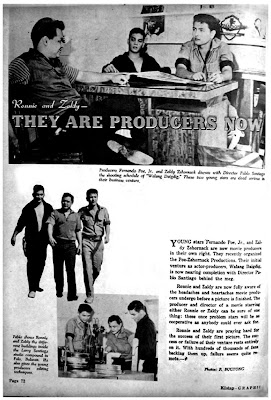 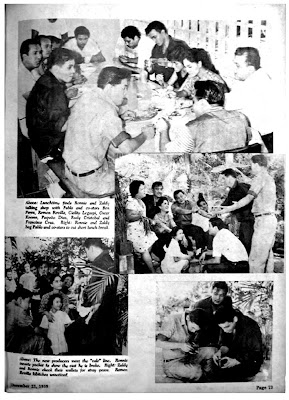 In late 1959, Fernando Poe Jr. finally realized his dream of becoming a movie producer when he and buddy, actor Zaldy Zshornack pooled their resources and formed the Poe-Zshornack Productions. Their initial venture was Walang Daigdig, released in 1960, a popular radio serial by Jose Miranda Cruz. The two young actors were then under contract with their respective movie studios but their contracts allowed them to produce pictures.
Having his own movie company has always been an obsession of Ronnie since the time his famous father died in 1951. He wanted to continue where Poe Sr. left off. Financial problems however prevented him from producing movies under the family-owned Royal Productions.
The Poe-Zshornack Productions was able to produce two more blockbuster movies in 1961, Kilabot sa Barilan and Pasong Diablo, before folding up unexpectedly and prematurely. In 1962, Poe decided to go solo and formed his own movie outfit, FPJ Productions with its maiden offering, Batang Maynila. 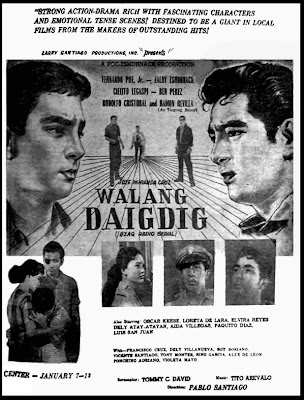 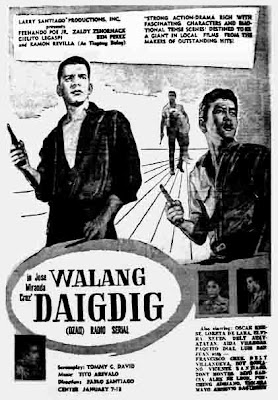 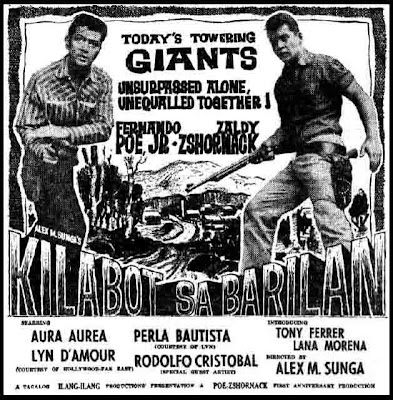 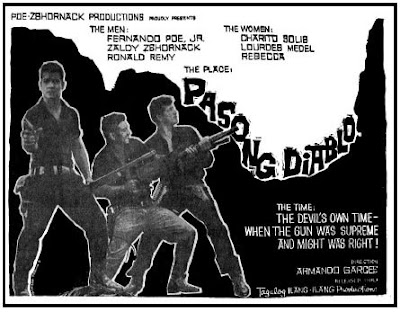 FPJ is really an achiever. He sets his goal and he knows the real formula of success that's why he's been so successful in life... Simon, I know kahit hindi mo ipahiwatig talagang na-mimiss mo rin si idol. I missed my idol fpj too.