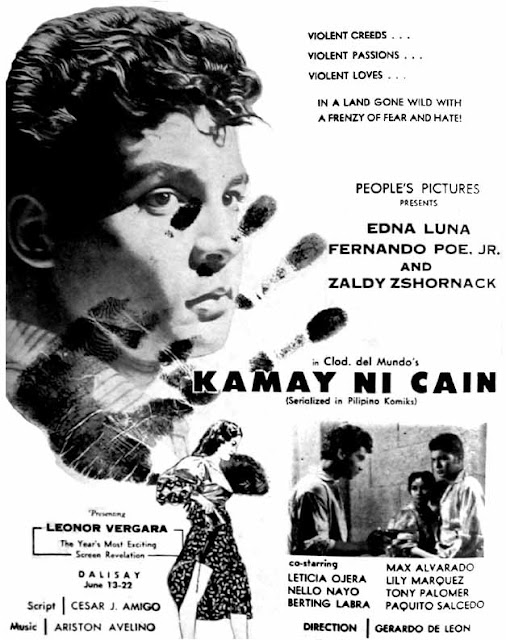 Kamay ni Cain (1957) by Clodualdo del Mundo was another komiks serial novel made and adapted into movies. The novel, serialized in Pilipino Komiks was illustrated expertly by Fred Carrillo. The movie, on the hand, was handled and directed masterfully by the great Gerry de Leon. The young FPJ, who was nominated for that year's Famas Best Supporting actor, portrayed the role of a villain to lead star Zaldy Zshornack. 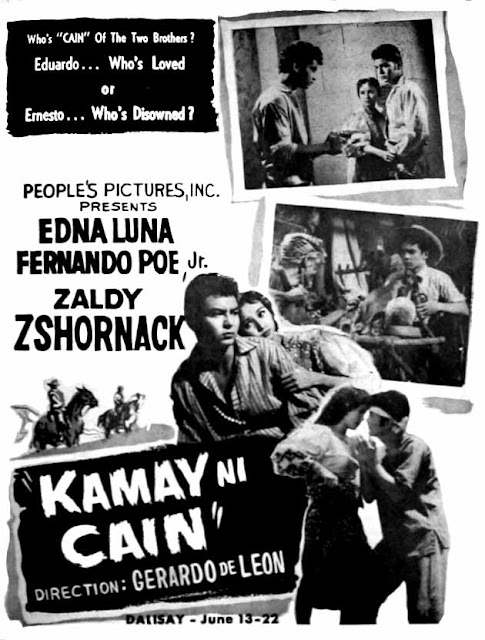 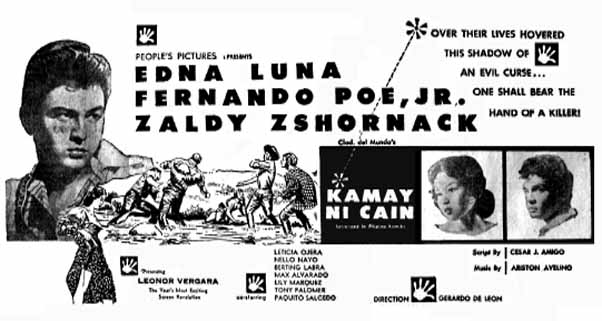 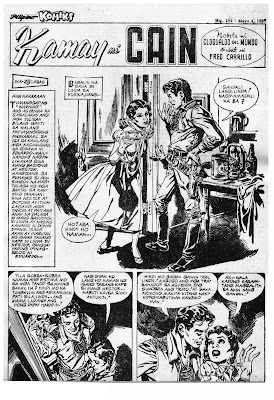 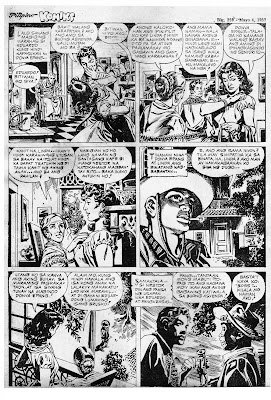 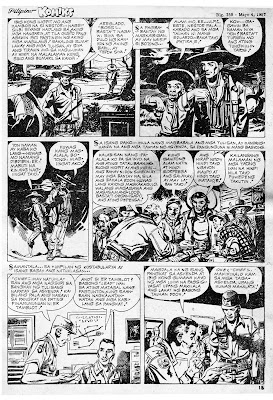 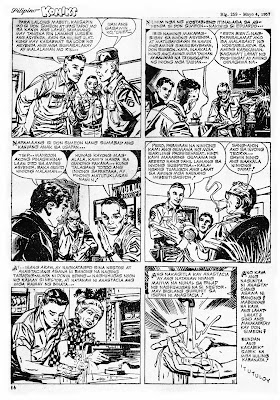