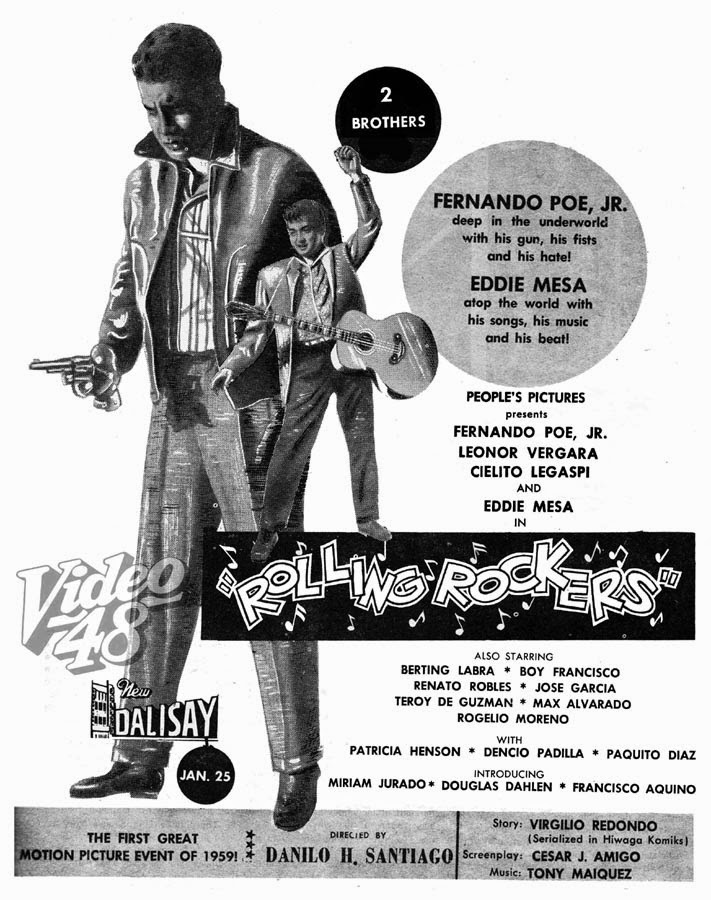 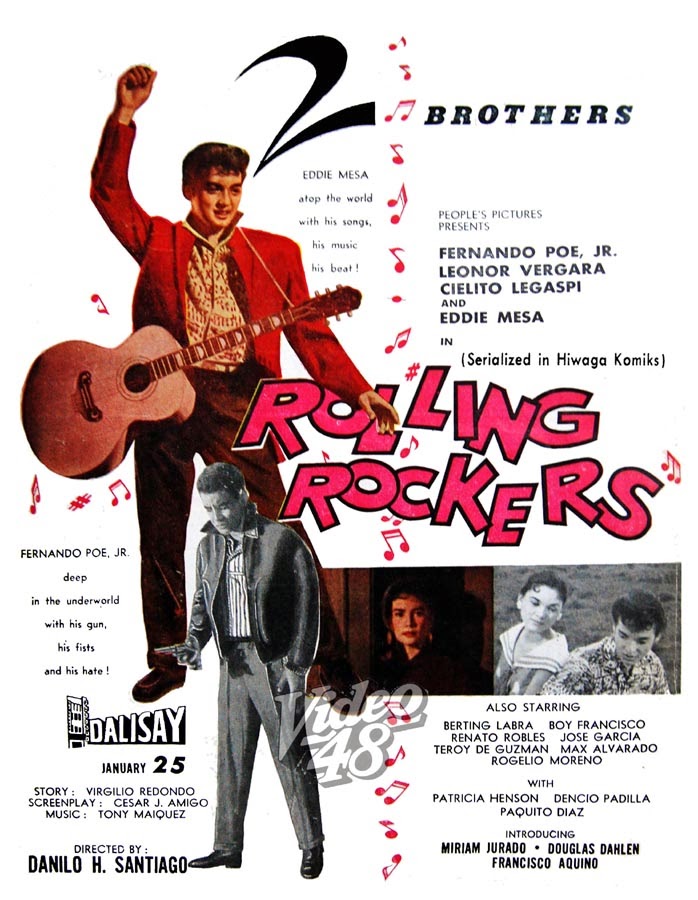 Fernando Poe, Jr. and Eddie Mesa played brothers in the 1959 movie, "Rolling Rockers." Froilan (FPJ) and Elmo (Eddie Mesa) were orphaned at an early age and the responsibility of earning a living for both falls on the older Froilan. All of his efforts to get Elmo interested in his law studies are however futile because the younger one’s interest lies in his combo. Meanwhile, Froilan finds himself involved with a gang of hoodlums headed by Monching. He was a victim of the gang himself and in self defense had killed one of them. (to continue reading, see image below) 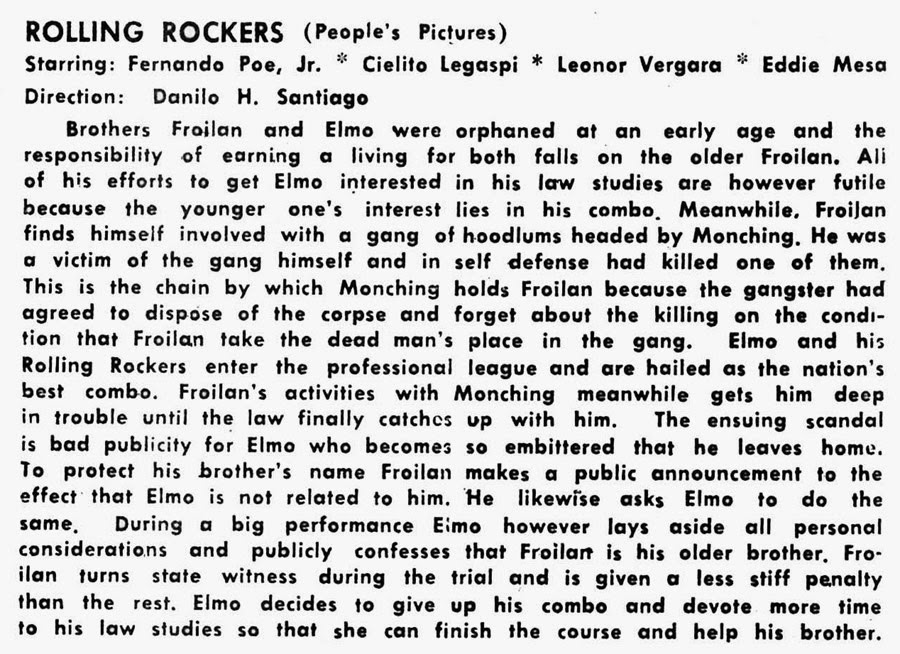 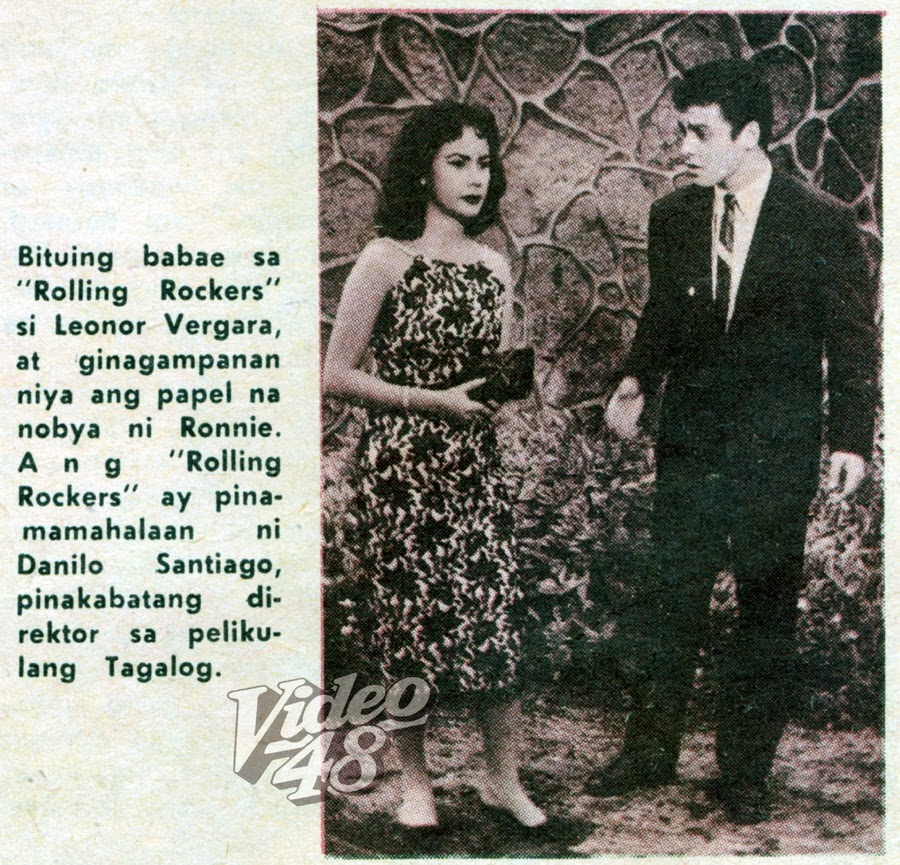 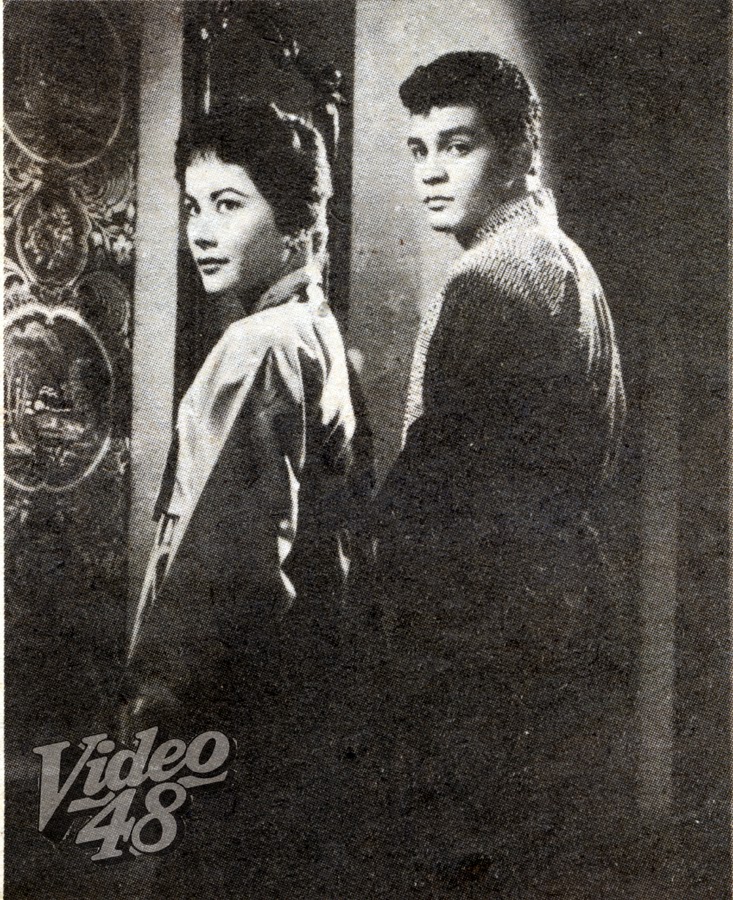 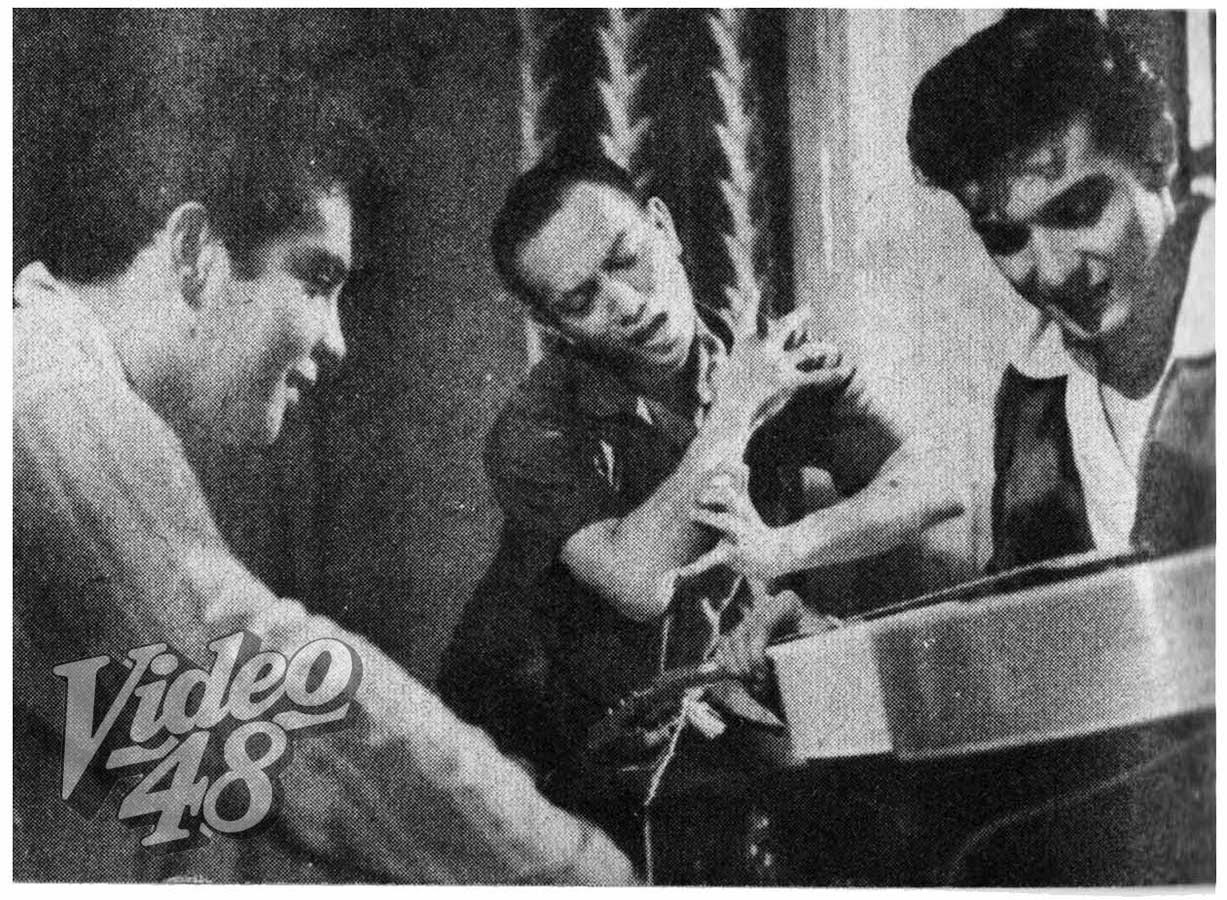 The movie was based from the komiks novel by Virgilio and Nestor Redondo, serialized in Tagalog Klasiks. 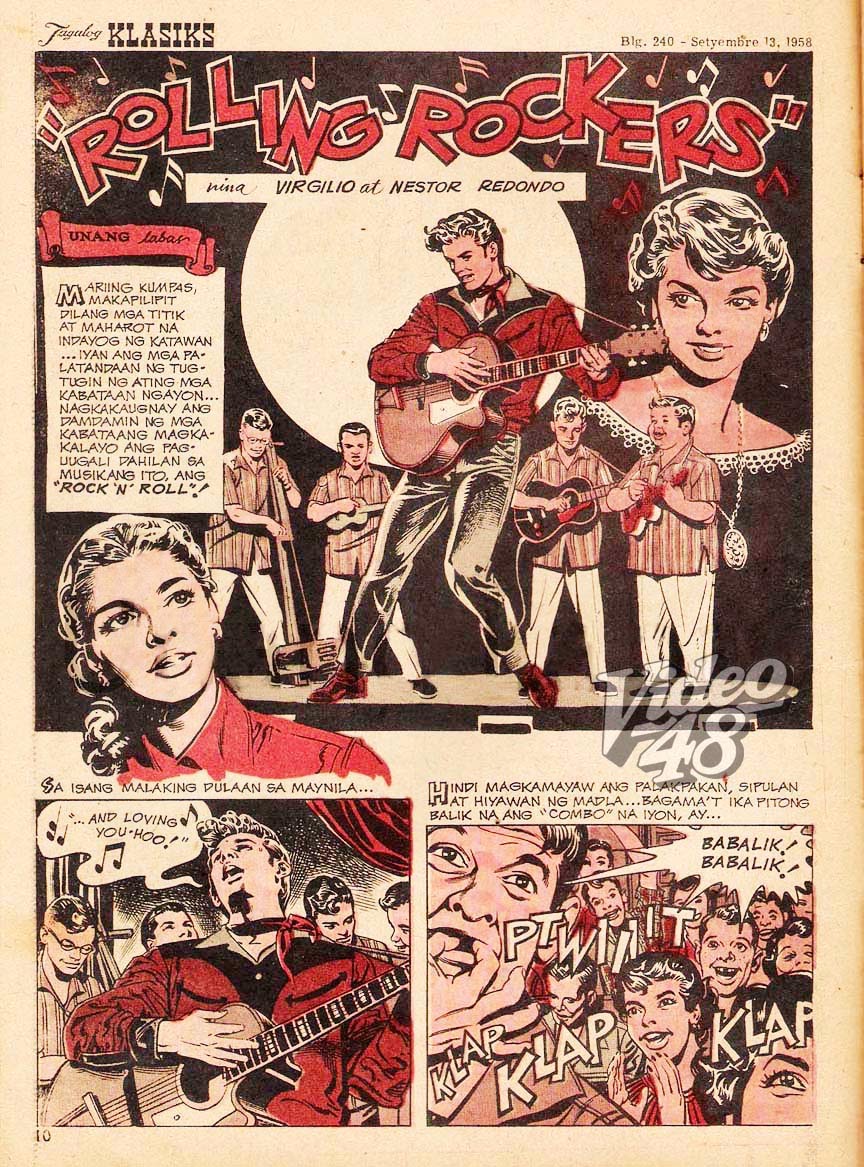 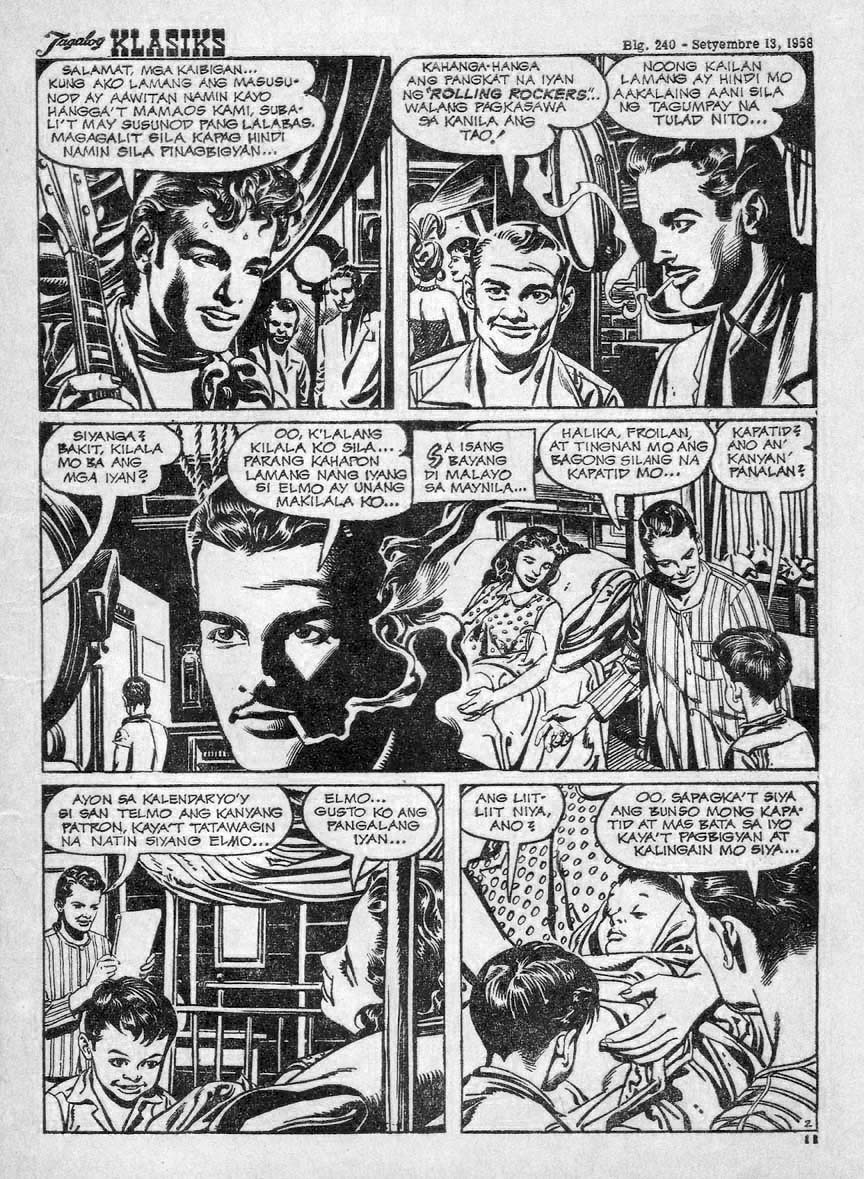 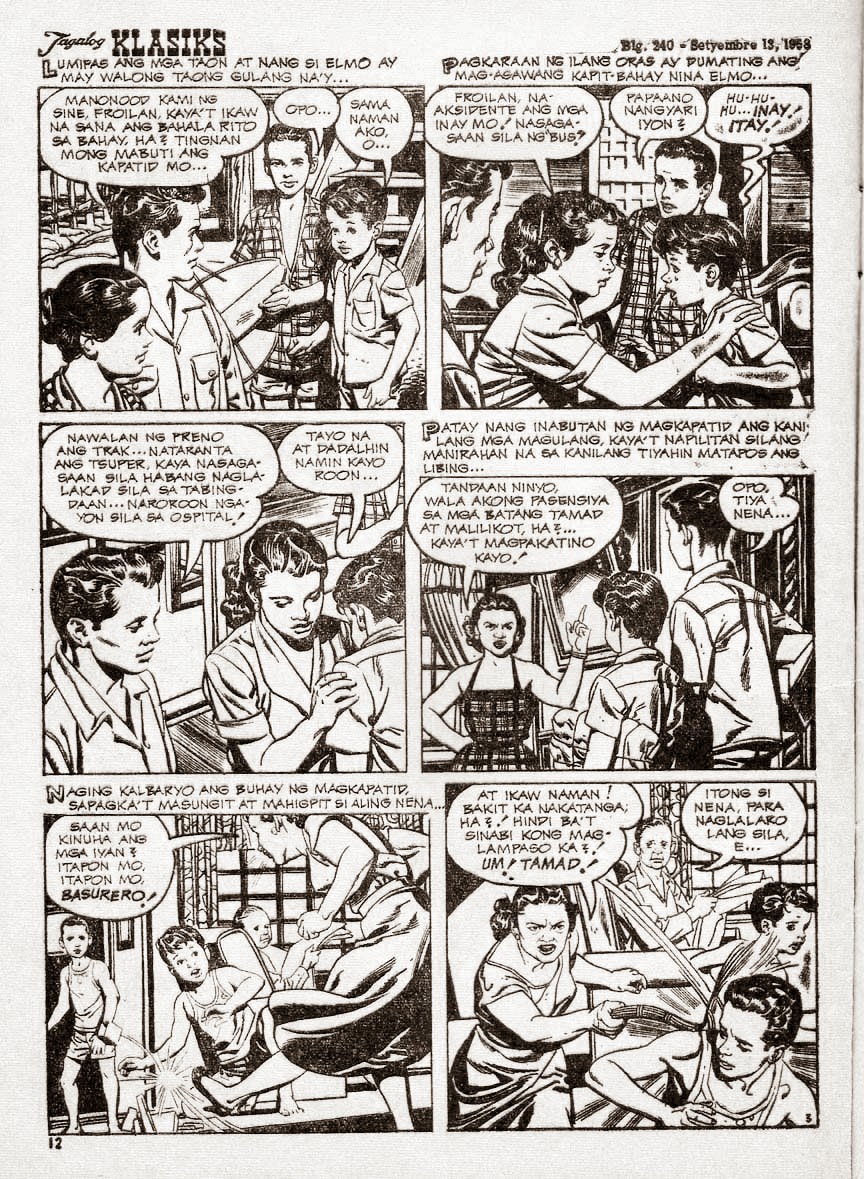 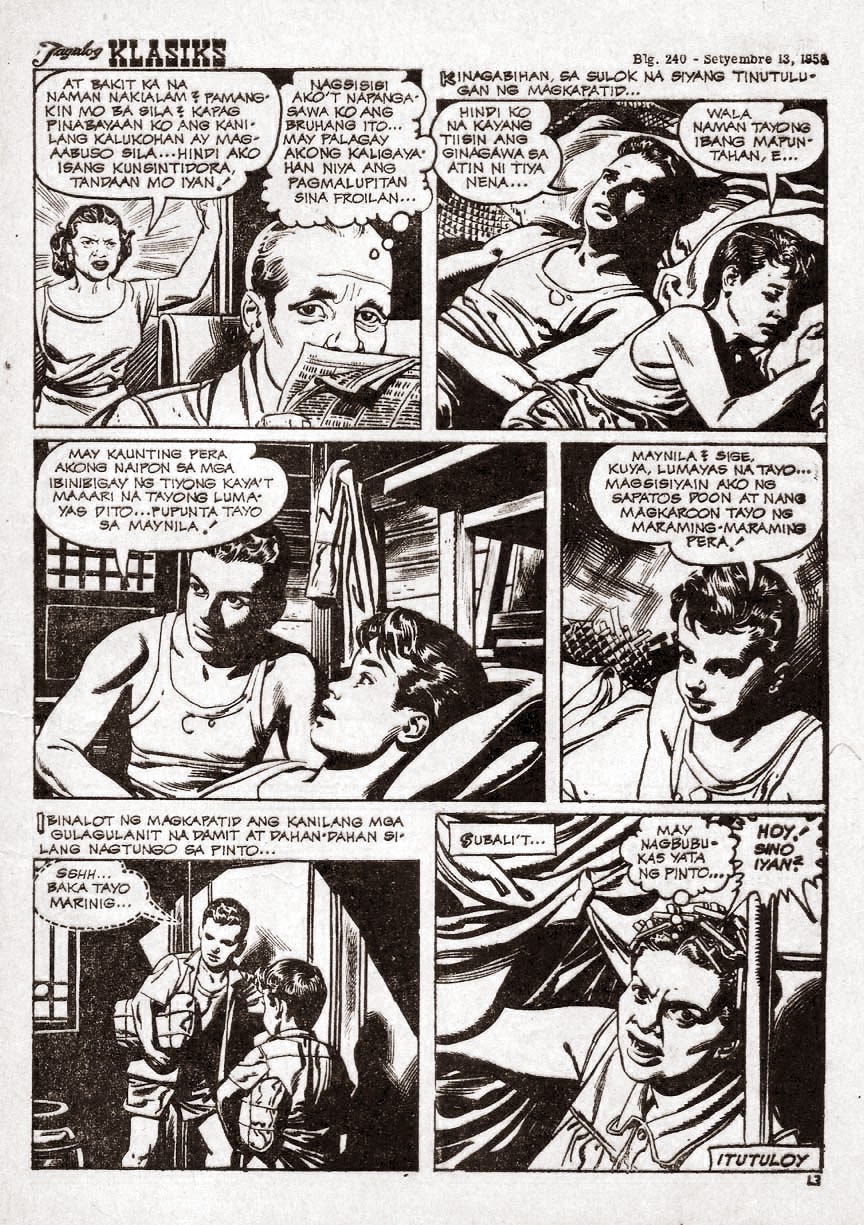