Here's a rare TV footage of FPJ receiving and delivering an acceptance and thank you speech during the First Gawad Direk held at the AFP Auditorium, August 15, 2003. Thanks to Tina for the copy. 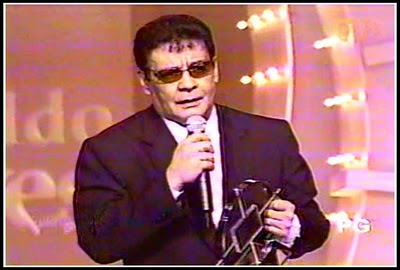