A monstrous giant bird soars high across Manila and suburbs in 1959 in Emmanuel Rojas’ epic-adventure movie “Anak ng Bulkan.” The film was based from a komiks serial by Jose Domingo Karasig, published in the Liwayway Magazine. It caught the attention of the moviegoers during its theatrical run because of its awesome display of visual and special effects unprecedented during that time. It’s truly amazing how the director was able to capture the needed effects with the limited resources at hand. The movie, set in a remote volcanic island, tells of the friendship between a little boy named Bentoy and a giant bird named Goliat.

Fernando Poe Jr. shared top billing with veteran actress, Edna Luna, but the main stars of the movie was the giant bird and the little boy played by 7-year old Ace York (or Ace Vergel). Veteran character actor Bruno Punzalan in the role of Mang Kanuto, the stepfather of Bentoy was unforgettable who made life miserable for the boy. 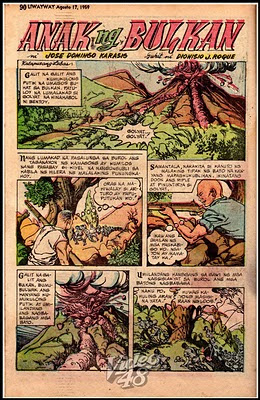 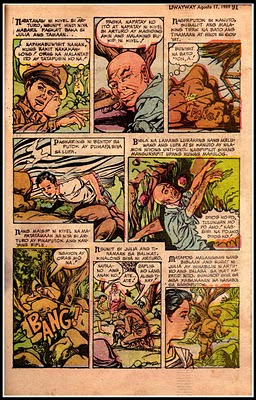 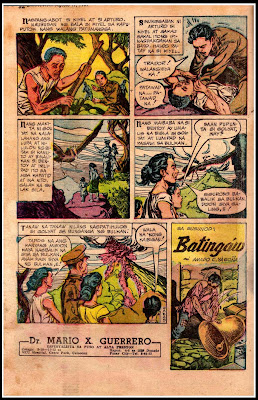 Liwayway Magazine/ 1959
(From the private collection of Steve Santos) 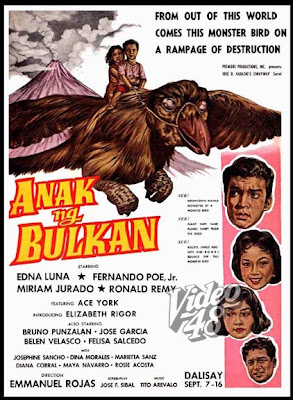 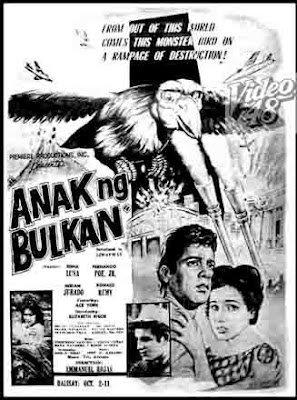 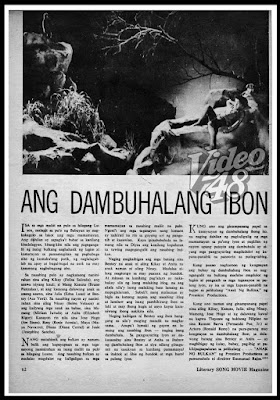 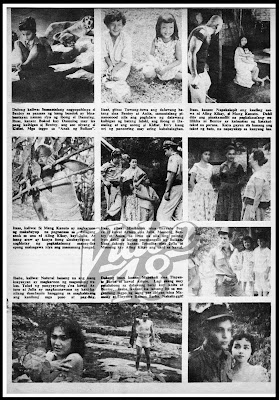 
Two film clips are uploaded (see below)---
Courtesy of Premiere Productions
Posted by Video 48 at 8:23 PM

Based from a story by Jose D Karasig turned into a live action film released in 1960 about a giant eagle named Goliath the boys pet creature & a little boy named Bentoy son of a farmer was raised by her mother & grandmother & sister starring Fernando Poe Jr Ace Vergel Ronald Remy Aura Aurea & Bruno Punzalan classic Filipino film tribute to the king of Filipino movies & hero of Philippine cinema. Thanks for the information. From:Wayne

I want to request the lost classics of Fernando Poe Jr & Eddie Fernandez action movies on Cinema One Global & Youtube soon on the Internet & iPod/iPad. Thanks! From:Wayne