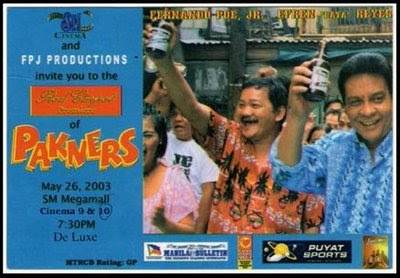 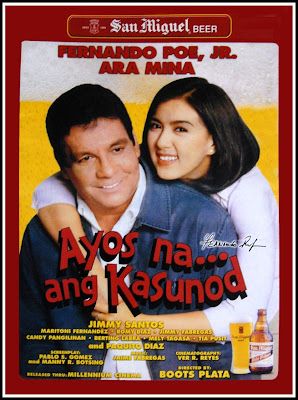 FPJ and Ara Mina in a San Miguel beer ad. Both starred in the 2000 movie, "Ayos na... and Kasunod."
In the late 80s, FPJ signed a P27 million advertising contract with San Miguel Beer (SMB) to do nine commercials spread over three years. By industry standards, it was the highest rate ever for a single product endorser, advertising sources say. The previous SMB endorsers--- the APO Hiking Society and the late Bert ‘Tawa’ Marcelo--- reportedly received less. 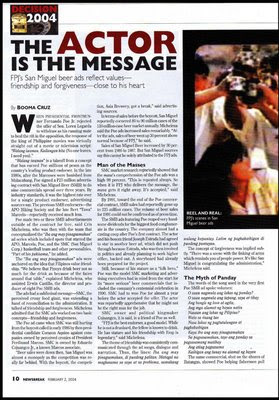 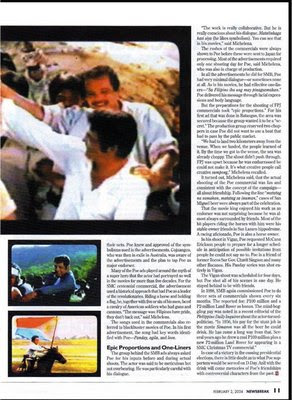