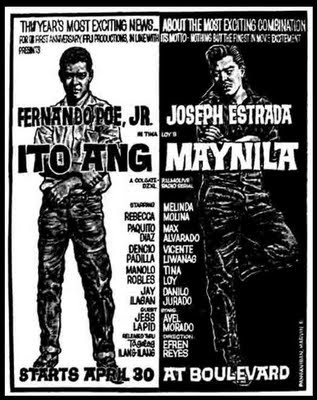 Here's one of the many hilarious scenes in the movie, where the two try to outwit and outsmart or put one on the other with funny consequences.

FPJ in one of the many fighting senes in the movie. The boy in the scene was Jay Ilagan with comedian Dencio Padilla. This clip was previously uploaded.
Courtesy of FPJ Productions